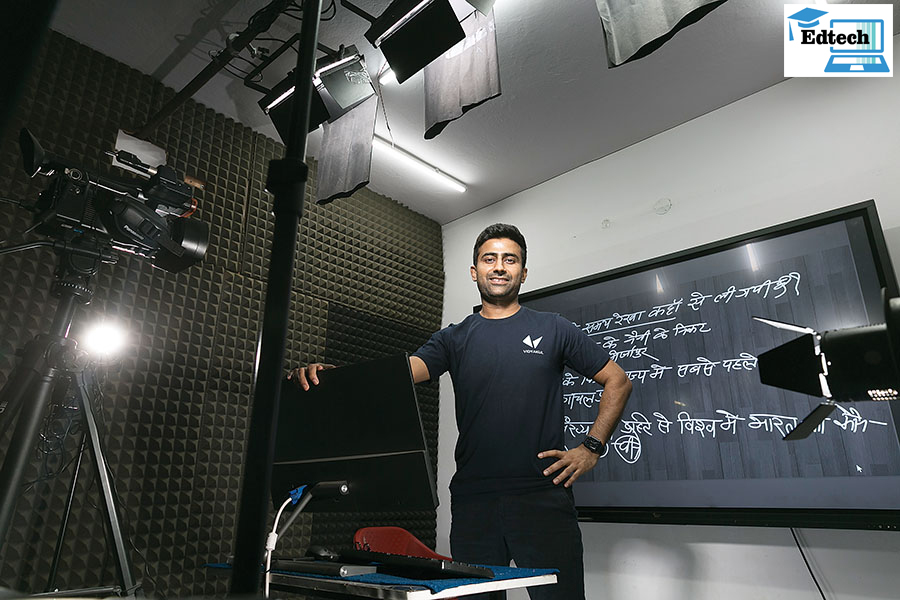 Tarun Saini of Vidyakul has hired local teachers, who sit out of studios in their respective locations and teach in different languages
Image: Madhu Kapparath

As an 11th grader, Tarun Saini, a resident of Pounti, a small village close to Ambala, Haryana, had to travel about 30 km every day to get to school. The government school at Pounti only provided subjects for the arts stream, and Saini had to travel by bus for an hour-and-a-half to study at a school that offered science subjects.
Location was only one part of the struggle. “One of my classmates scored 93 percent in her 10th grade. Her parents didn’t allow her to take up science because of the distance and financial struggles,” recalls Saini. Hindi-medium government schools in cities like Ambala didn’t have the best infrastructure, leaving students no choice but to go to tuition classes—an additional cost for families struggling to make ends meet.

Saini was one of the lucky few: He got a scholarship and went to study business at Monash University in Australia. Soon after he started working in the education sector there, he realised the gap the Indian education market continued to face in providing quality education in regional languages, catering to ‘Bharat’. 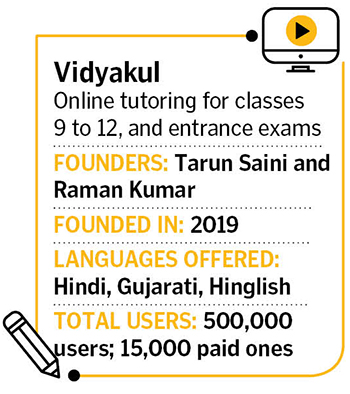 According to experts, the next phase of growth in all industries will be enabled by vernacular. The big customer base is the core middle class, emerging middle-class families in Tier II and III cities, where Hinglish and vernacular languages are spoken. “This demographic, also called the ‘Next Half Billion (NHB)’, consists of nearly 528 million people. The NHB segment is expected to drive the growth of the K12 edtech, creating a $400 million opportunity (out of $1.7 billion),” says Narasimha Jayakumar, managing director, Brainly India, a doubt-solving platform.

As per Nielsen’s Bharat 2.0 Study, there has been a 45 percent growth in active internet users since 2019. Rural India has 352 million internet users, of which almost 60 percent are not actively using the internet. The room for growth is massive. Within the edtech space, deeper penetration within the vernacular languages is key. “Vernacular offerings work well in bridging the divide between ‘India’ and ‘Bharat’, creating a massive opportunity for startups addressing this target audience,” says Ashwin Raguraman, co-founder and partner at Bharat Innovation Fund, which has also invested in vernacular edtech startup Pariksha. 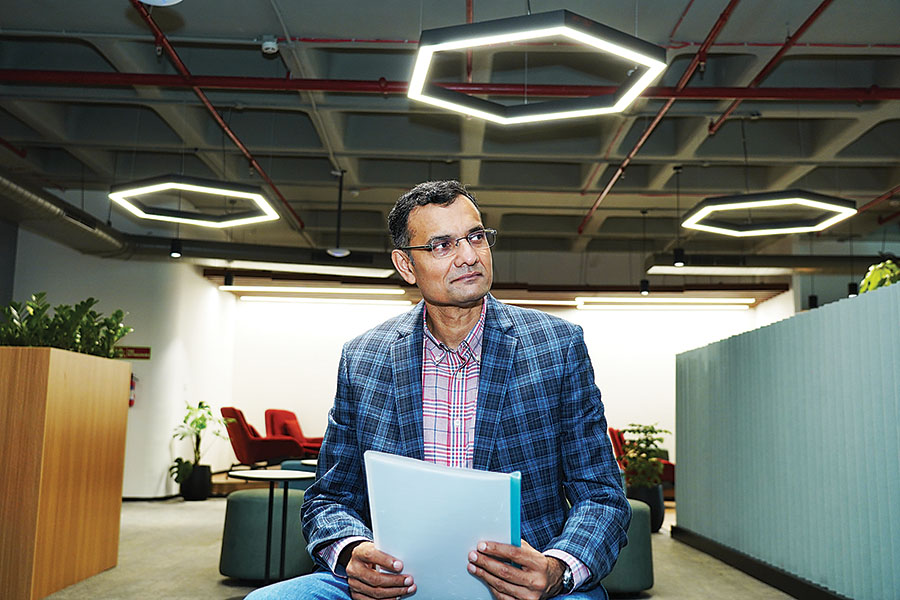 Narasimha Jayakumar of Brainly India claims the platform has over 48 million answers, available for free

In 2019, Saini, along with co-founder Raman Garg, launched Vidyakul. However, it was a different business model—a marketplace, where anyone can upload their content. “We realised that if you’re into academics, you need to take responsibility and provide students with end-to-end solutions. So, in 2021, we totally pivoted,” says Saini. 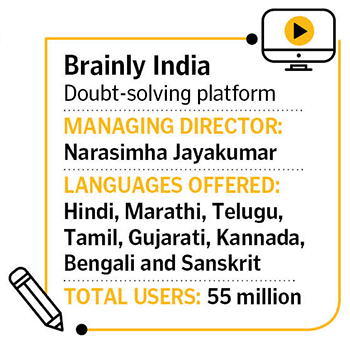 Currently, the Gurugram-based startup is making education more accessible for state board students from classes 9 to 12 in Uttar Pradesh, Bihar and Gujarat. They provide students with live classes, notes, sample papers, e-books, mock tests and mentoring. Each of these courses is provided at an affordable price of ₹250-300 per month per subject. “Our teams have travelled all over Uttar Pradesh, Bihar and Gujarat. We saw that most schools barely have teachers, and none of them has labs, so we started providing students with lab experiments in our live classes,” he says.

In order to reach more students, Saini and his team have hired local teachers, who sit out of studios in their respective locations. For instance, they have teachers from Patna, who teach students in Bhojpuri, not Hindi. Says Saini, “If you want to touch Bharat, you have to touch their local language.” The audience Vidyakul reaches is unmapped, and a majority of them are first-time internet and device users. The platform has close to 500,000 registered and 15,000 paying users. It raised a seed round of $800,000 last year.

Vidyakul hopes to continue focusing on 9th to 12th graders, and not as much on test prep. Reason? “Our segment is 80 percent of kids in India that either belong to Tier IV cities and rural India, or kids who live in metros but belong to underprivileged families. Their focus is not on getting into IITs, but to get good grades in their 12th standard exams and get a good job,” says Saini.

Another company looking at school…

Checklist: Is Your Campus Ready for Hybrid Learning?

EdTech: Made in India, Made for the World

K–12 Students Are Using Cyberattacks to Shut Down Schools