Magdalene College, Cambridge defeated by Warwick in the University Challenge

Warwick defeated Magdalene College, Cambridge in the Grand Final of University Challenge’s 50th series. The final was broadcast today (5/04) on BBC2 at 8:30pm.

Magdalene got off to a rocky start by incorrectly answering a starter question. Meanwhile, Warwick gained ground early on, earning 60 points before Magdalene earned their first points, by locating the site of the ancient city of Carthage on a map of Africa. Despite making gains towards the end, Magdalene were unfortunately unable to catch up, finishing on 140 points to Warwick’s 195.

Based on form, Warwick was the favourite, having won University Challenge once before back in 2007. Magdalene, on the other hand, had never won previously and had only reached the final once before in 1978.

With an average age of 31, the Magdalene team were James Byrne, a mathmo from Hertfordshire; Adam Davies, a recently graduated historian from Kansas; Daniel Lawson, a medic from the Wirral who served as Magdalene’s team captain; and Ceri Payne, a theology student from Yorkshire. Sasha Tsovma and Edwin Balani were the team’s reserves. 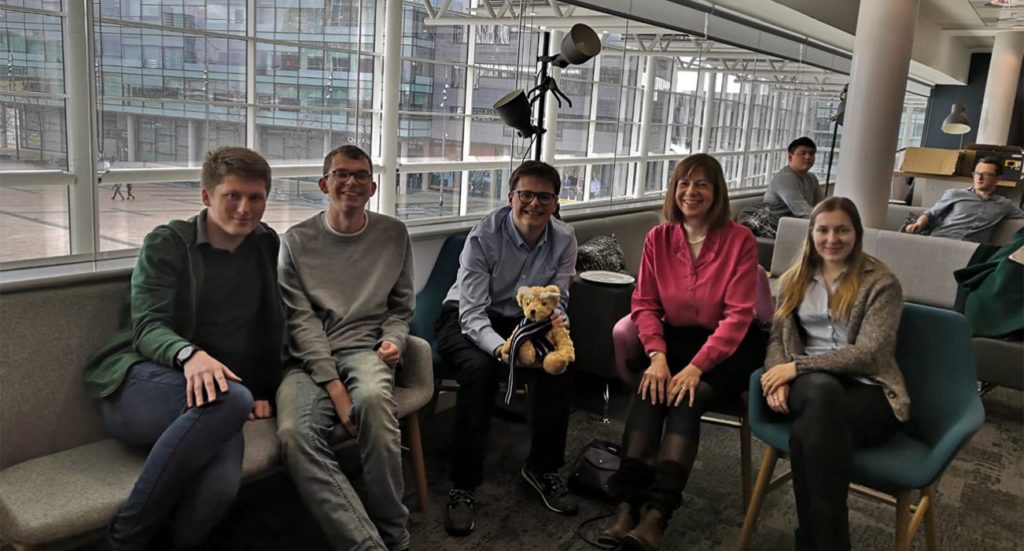 In an interview on Magdalene’s website, the team spoke about the arduous process of getting on the show.

To put together the Magdalene team, candidates were made to sit a written test, and for those who achieved 43 per cent or more, this was followed by answering University Challenge questions on the buzzer. The final team was chosen by taking into account both the number of correct answers and whether the combination of team members would cover the widest range of knowledge possible.

The Warwick team (Credit: University of Warwick via Twitter)

Once assembled, the team was interviewed by the programme’s producers. With roughly 130 teams chasing 28 places on the televised show, this was a very competitive process. Cambridge colleges Clare, Darwin, St John’s, and Wolfson also made it on to the programme.

University Challenge was first aired in 1962 on ITV and was presented by quizmaster and Magdalene alumnus Bamber Gasgoigne until 1987 when the show was axed. However, the programme was revived in 1994 by the BBC with Jeremy Paxman, an alumnus of St Catharine’s College, Cambridge, as the presenter.

Cambridge University ‘fortunate beyond measure’ to have Duke as…

Cambridge to commemorate Prince Philip, Duke of Edinburgh at service in Great St

Masterchef finalist who tested her recipes on Cambridge uni housemates

Prince Philip’s Cambridge connections and visits over the years

The Duke of Edinburgh’s ‘temporary caretaker’ role at Cambridge…