Movies and McDonald’s: How to liven up your lockdown

Let’s have a moment of silence whilst we think about the effects of this second national lockdown. No more procrastination via buying random toot from town because they’ve actually barred the doors closed against you (bit rude that you won’t indulge my guilty pleasure Neon Sheep outings Bojo). No more coffees from Hot Numbers that are so expensive that you feel like you’re drinking a liquidised form of your student loan. No more buying such an obscene number of VKs at Cindies that you get an email from Santander asking if your purchase was fraudulent (I don’t know why they continue to be surprised at this point). Wow, those were the days. 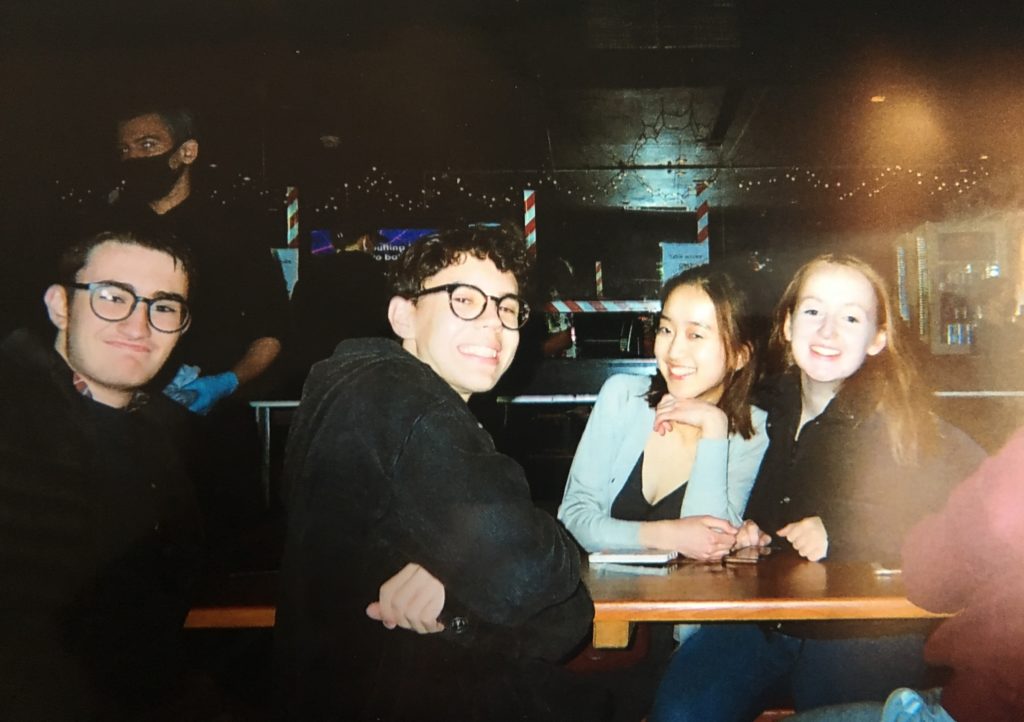 The happy faces of students before alcohol-related bankruptcy (Image credits to: Katherine Wrench)

Anyway, you may, as I did, initially think that this lockdown is an occasion for mourning, that we should perhaps hold a candlelight vigil, get a questionable commemorative tattoo, or build a sizeable memorial on King’s Parade in loving memory of Michaelmas 2020. I think we all still kind of feel that way, and that’s OK.

So to ease your frustration and grief, I decided to list a few activities to add a little something extra to your second lockdown. Improvise, adapt….overcome probably isn’t the right ending to this triplet. Instead let’s go with ‘make-do’.

Time for some household bonding

This one is really all-encompassing. Be resourceful. Create a chunder chart to tally up those messy nights and lovingly bully your house’s heavy drinkers. Host a movie night and try to recreate a Tango Ice Blast. Do the washing up that’s been piling up for weeks. I mean, it’s boring but it needs to be done. The sink has become a glorified petri dish. There’s some funky smells coming from that one dodgy tupperware that’s been there for weeks. In one specific case at my college, there was some tangerine peel just left stewing in a bowl of water for several weeks. Undetermined so far as to why. 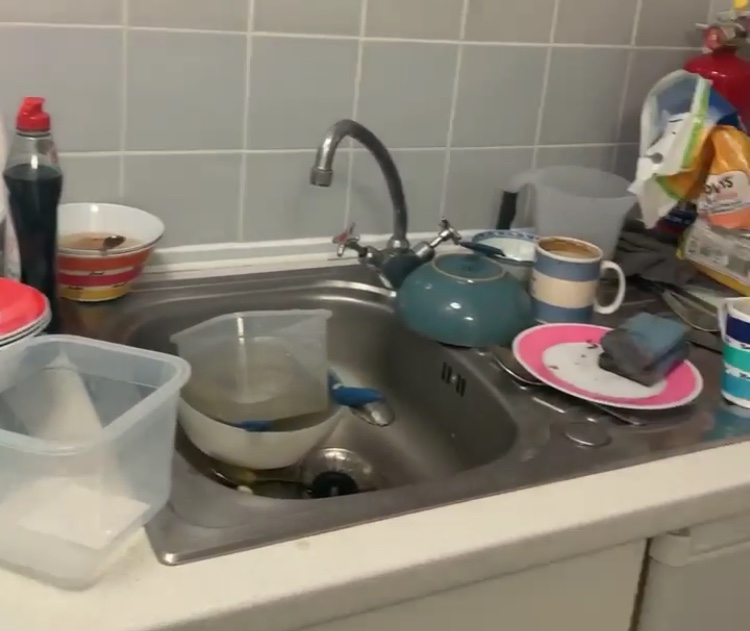 Host a household talent show (maybe after a few drinks)

It now seems we are expanding our skill set even further. Get a few drinks down first, and then perhaps attempt to re-enact the Bohemian Rhapsody music video in full harmony/70s dress. Maybe show off those tricks you learnt at primary school gymnastics before you rage quit after not being able to do a round-off (just me? OK, great). Or even simulate the mating dance of some obscure species of bird in your pseudo-nature documentary (weird clause to have to write) and host an interpretive dance-off. That obscure but oddly recognisable genre of street dance vs ballet films has nothing on you. What’s that sound? I think it’s Britain’s Got Talent calling. Things are looking up.

Host a cook-off – Nigella has nothing on you

It’s time to decide once and for all who the Gordon Ramsay of your household is. Show off your perfectly calibrated toast-making skills, which uses just the right ratio of butter to bread (put that one on the CV). Try out a new dish, something that isn’t plain ramen. Or push the boat out even further, and recreate your favourite meal from the servery. I don’t know about you but my quality of life is significantly poorer without Peterhouse servery’s potato cubes. You could even get someone to act out the iconic ‘you won Jane’ clip from Come Dine With Me. Although let’s hope you have more grace than a reversing dump truck without any tyres on. 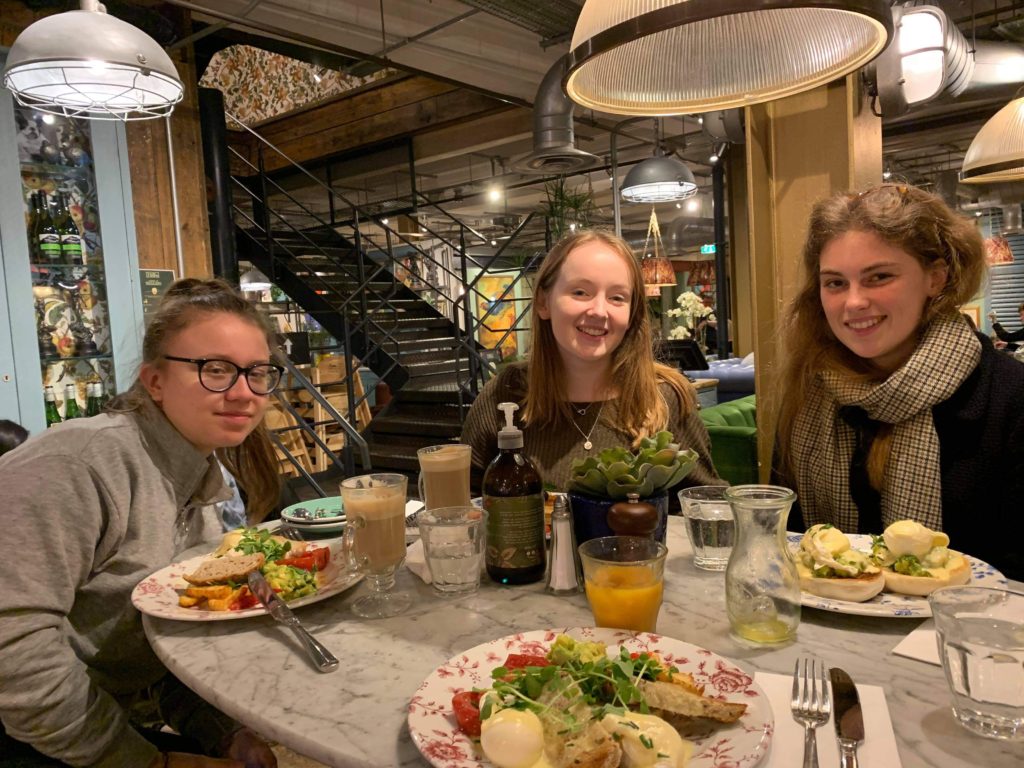 Can you recreate a Bill’s breakfast in a microwave? Scientists are still investigating (Image credits to: Claire Laurence)

Come for David Attenborough’s crown and instead of filming some particularly feisty iguanas, record your housemate en route to the gyp (‘here we see a wild John in his natural habitat’). The conflict over who gets the last biscuit is a fight to the death and there can only be one survivor. The gyp is now the backdrop for this ecological struggle. Put on some seagull noises, make some margaritas and you’ll be transported to the white sands of the Galapagos. A replacement for your cancelled holiday and a potentially Oscar-winning short film in one – what more could you ask for?

Formal hall but it’s not in hall, or in formal dress

Now this is the time to go all out. Don your gown and your favourite…

News Read More: Movies and McDonald’s: How to liven up your lockdown

Trip to the Gyp: Bridgemas Edition

Loretta Minghella to take up new post at Cambridge college

7 famous faces who studied at ‘the other Cambridge university’

In Victory For Borrowers, DeVos Agrees To Stop Issuing Mass Denials Of Loan

School shutdowns border on the irrational

HelloFresh Stock Gets a Downgrade as JPMorgan Sees Post-Lockdown…

The Black Women Behind Rock and Roll

Yale Study: Vaccine Won’t End Virus On Its Own

Colleges weighed down by dearth of trained student counsellors

Round Rock ISD students fight for teacher to keep her job, hundreds sign

US Rhodes Scholars chosen virtually for the 1st time

For Loved Ones in Long-term Care, Phoning Speaks Volumes