The team’s tough loss early in the day was atoned for by a win to round off the weekend. 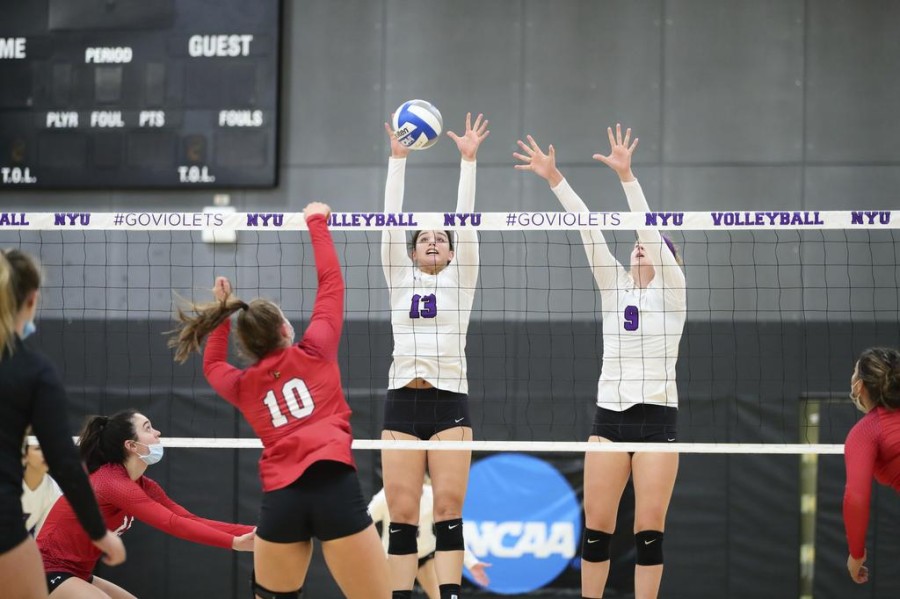 The ninth-ranked NYU women’s volleyball team split their games against opponents No. 24 Tufts University and No. 16 host Wesleyan University on Saturday, Sept. 25. Both games went to five sets.

All but one of the sets were decided within five points — three of which came within two points. The Violets continue the trend of games against ranked opponents that started after the five-set thriller against the Washington University in St. Louis.

The day got off to a good start, as NYU won its first set against Tufts 25-22. However, the Violets would go on to lose two of the following three sets, including the biggest gap of any set on the day, a 25-18 loss. The game was forced into a fifth set.

The fifth set was tight up until the score tied 8-8, when Tufts scored five straight points. The deficit would prove too much for NYU to come back, and the Jumbos ended up with the win.

The day continued with the highly anticipated match against Wesleyan, the Violets’ third top 20 matchup of the season.

The first two sets against Wesleyan were tight, with the first being a 25-23 defeat and the second a thrilling 27-25 win after a deuce.

The two teams would go on to split the next two sets, forcing the tie-breaking fifth set. This time, though, NYU would prevail, winning 15-10 and ending the weekend on a high note.

Senior outside hitter Haley Holz continued her impressive start to the season, amassing 42 kills over the two games for an average of 4.2 per set, with sophomore middle blocker Leela Anvekar serving three aces in both games.

NYU women’s volleyball head coach Andrew Brown hopes his team can maintain the momentum from the Wesleyan victory as they continue onto round two of the University Athletic Association Round Robin next weekend against the University of Chicago and Case Western Reserve University.