A takeaway shop has been blasted over its expensive menu, including a £5 veggie burger and 10 chicken wings for £14.

Oxford University student Geli Kanu, 19, went viral with a tweet drawing attention to the ‘crazy prices’ at the fast food shop, which she did not name.

The menu shows two pieces of chicken with chips costs £7.20, while a burger meal deal can cost up to £9.50. 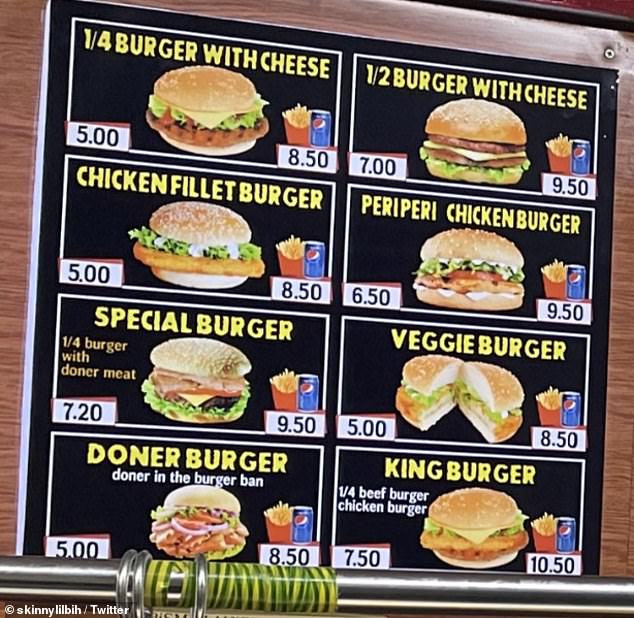 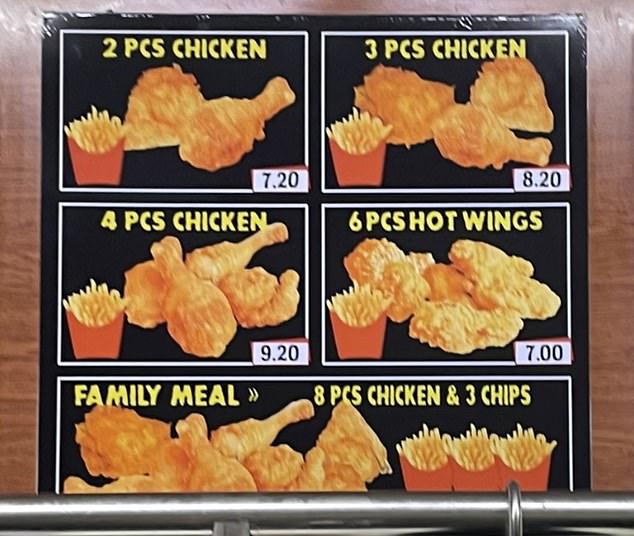 Oxford University student Geli Kanu, 19, went viral with a tweet drawing attention to the ‘crazy prices’ at the fast food shop (menu pictured) which she did not name 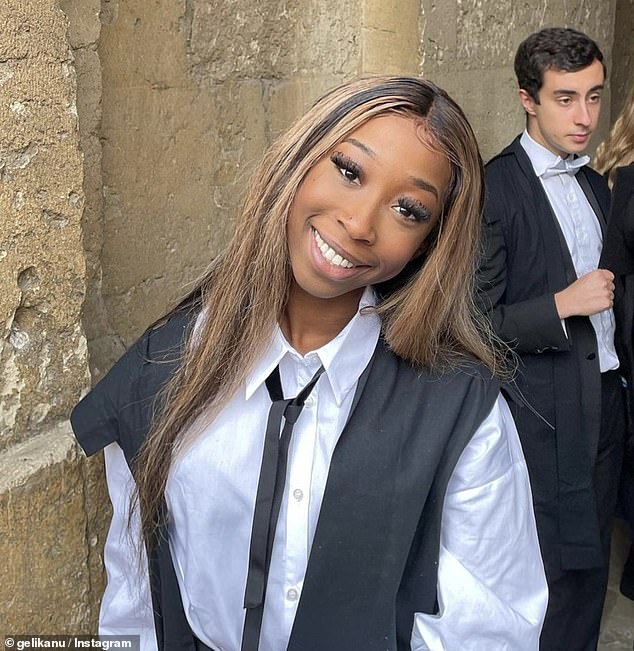 Geli Kanu, pictured, said the meal she ordered from the shop was ‘nothing special’, despite the extortionate prices

Fellow Twitter users shared their horror at the pricey menu and some claimed they would have waited to go back to London.

Others, however, were sympathetic to the owner’s prices and thought others should take rent and inflation into consideration. 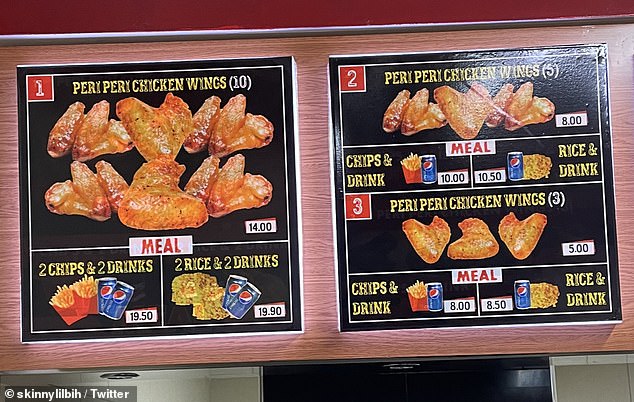 A peri peri 10 wing meal with two portions of chips and drinks would set a potential customer back £19.90

One person said: ‘I work for a takeaway 15 mins from Cambridge and I can tell you now these prices are bang on. Wholesalers have DOUBLED their prices. You also need to take into account the rise in personal and business expenses. Inflation is a mf. Welcome to Britain.’

Another said: ‘Tbf, those prices are quite common outside of London and other cities that is full of kebab shops and chicken shops. It’s ridiculous, but when people don’t have as many options, this is what you get.’

While a third agreed, saying: ‘It’s called supply and demand simple Economics. When demand is low the price is high, why it’s cheaper in Peckham South London.’

Geli explained she ordered the fried chicken wings and the peri peri chicken wrap, costing a total of £17.20, but said it was ‘nothing special’.

When challenged by a follower on why she decided to buy food at the shop after seeing the prices she explained it was the only option open at that time of night, and said: ‘Listen I was fried and really really hungry.

‘I only went here because kebab stands only open in term times (and technically terms haven’t stated yet).’

Other commenters, however, thought the prices were fair considering the rent the owner would have to pay to be in the area