Past is prologue – The Tribune 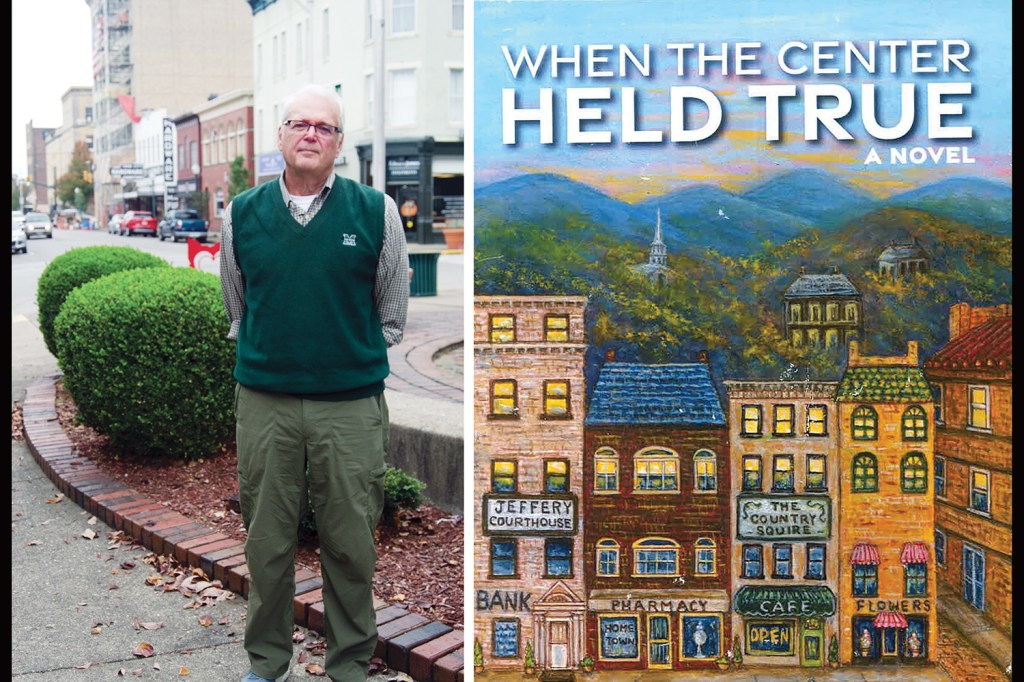 Dr. Corley Dennison, of Ona, West Virginia, a former dean of the W. Page Pitt School of Journalism and Mass Communications at Marshall University, associate vice president for academic affairs for the university and vice chancellor for academic affairs for the West Virginia Higher Education Policy Commission, has written the novel “When the Center Held True,” published this year by Plum Orchard Press. (The Ironton Tribune | Heath Harrison)

The 1960s marked a time of great change for the United States, both culturally and politically, and for many who grew up in that era, the struggles they witnessed or took part in remain relevant today.

Author Corley Dennison says this was one of his motivations for writing the novel, “When the Center Held True,” which was released this fall.

Dennison, of Ona, West Virginia, who is retired from nearly five decades in education and broadcasting, served as dean of the W. Page Pitt School of Journalism and Mass Communications at Marshall University, as well as associate provost for the university, followed by seven years as vice chancellor for the West Virginia Higher Education Policy Commission.

“Clay Spurgeon is white and is born in West Virginia,” he says of the story’s protagonist. “His father works in high steel and is on the road. He decides to take a job with a manufacturing company in Ohio. They move there with the understanding that they’re going to get transferred, and, at some point, they do get transferred and end up in Virginia.”

It is there that Dennison says Clay is on hand as the county and state are embroiled in the fight over school segregation.

“It was mandated integration,” Dennison said. “Basically, Virginia had what was known as ‘freedom of choice.’ What would happen is, when parents would sign up students for school and they would be asked, ‘Where would you like to attend school?’ In 1968, the Supreme Court ruled that was a de facto form of segregation, and that the state needed to shift the burden of integration from the state to the student.”

As a result, in 1969, Virginia fully integrated their public schools.

“Along the way, there are choices that Clay has to make,” Dennison said. “And he tries to do the right thing. He also happens to be the center on the high school football team, which is where the name of the book comes from.”

“He’s the center on the team and ends up as the moral center in this period of integration,” Grace said.

He said this was his first attempt at a novel.

“Obviously, I had done a lot of writing before,” he said. “But it was for radio or memos or technical writing. This was my first stab at writing in novel form. I sat a goal and decided to write 1,000 words a day. I didn’t always meet that, but it ended up being 90,000 words.”

Dennison said it took about eight months to write. As for the story, he said it is something for which he has had elements his entire life.

He cites an interview with actor Billy Bob Thornton, discussing his character in the film “Slingblade.”

“He said, ‘I’ve known Carl all of my life,’” Dennison said. “And these are stories I’ve always been around.”

As an example, he points to the opening of the book, shortly after the assassination of President John F. Kennedy when Clay is weighing the meaning of that day.

“Clay thinks back to the time his cousin Alf came to dinner,” Dennison said. “Cousin Alf was an operative in the Democratic primary and tells this story of how votes were bought in his particular county. Those are stories I heard around the kitchen table and at Sunday dinners at my grandmother’s as a kid. They’re things I’ve collected my whole life.”

Dennison said he opened with Kennedy, as he was the one who introduced civil rights legislation, though it was stalled in Congress.

“[Lyndon B.] Johnson pushed it through, but it was Kennedy who introduced…

News Read More: Past is prologue – The Tribune

How did white students respond to school integration after Brown v. Board