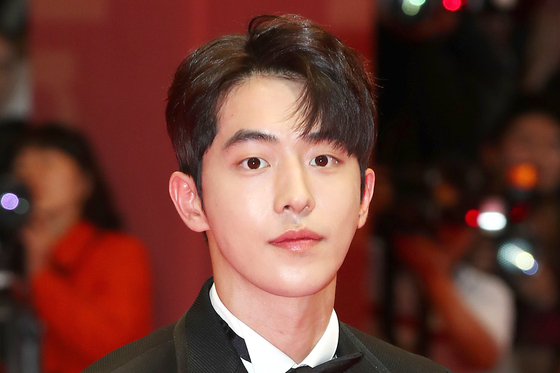 
Two individuals claiming to have been actor Nam Joo-hyuk’s high school teachers spoke to local news outlet Dispatch to defend Nam in his ongoing allegations as a school bully.

“Nam Joo-hyuk was a positive and promising student,” Park Tae-gyu told Dispatch. According to Dispatch, Park was Nam’s teacher when he was a freshman in high school. “No students disliked Joo-hyuk and Joo-hyuk did not bully anyone.

“I can stake my entire teaching career [that Nam Joo-hyuk’s allegations of school violence are not true].”

Hong Seong-man, whom Dispatch describes as Nam’s teacher when he was a senior in high school, called Nam a “kind and an active student.” “He was good at helping his friends, and though his grades weren’t too good, he was often complemented for his character,” Hong said.

“If he had one downside, it was that he was late a lot.” But Hong said that even during the times that Nam was being punished for being late, he showed an obedient attitude.

The two teachers’ allegations follow a series of anonymous claims that said they had been bullied by Nam in school.

On June 20, local news outlet The Days reported a tip-off from someone claiming to have attended the same middle and high school as Nam. The person said that Nam was “part of a group of school bullies” who “hurled curse words at students and hit them every day.”

Management Soop responded to the scandal four days later on June 24, saying that the accusations are “entirely untrue” and requested The Days correct its report. The agency added that from now on, it will take legal action against online posts that spread unconfirmed claims about its artists. It will also take action against comments or posts that maliciously spread such allegations.

On June 28, another person identified only as “A” claimed that they were bullied by Nam Joo-hyuk while at school, in an interview with another local news outlet Sports Kyunghyang.

How to pick the right edtech platform for your kid

Community Profile: ‘I was meant to be a teacher’

Back To School Rally awards supplies to Richmond students and teachers