With optimism usually found in a typical pantomime heroine, I have chosen to view one element of lockdown theatre as an improvement: that I can watch it whenever I like. This is the case for the ADC’s Online season and how I came to spend one delightful Saturday morning watching Sleeping Beauty, the CUADC/Footlights 2021 Pantomime.

Originally planned to be performed live and in-person in December, the panto, like the rest of the theatre industry, has been blighted by the pandemic. The team eventually decided to go ahead with a Zoom format and perform a live-streamed reading with pre-recorded songs in March.

This description does not quite do the performance justice, however, and what ensued was an impressively polished, self-aware, and, of course, highly entertaining show which made the most of the situation. 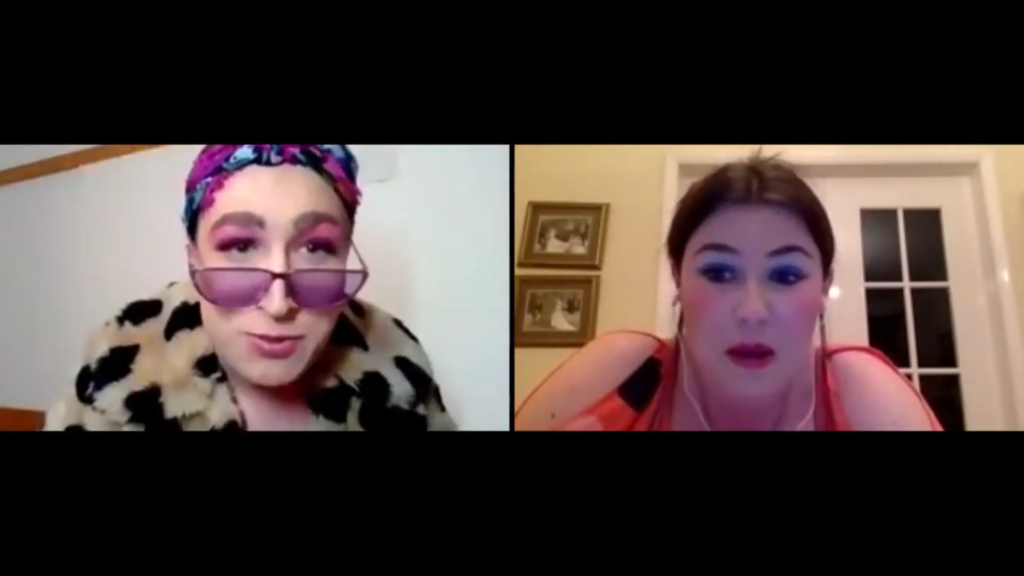 Although titled Sleeping Beauty, writers Jade Franks and Joe Venable did not let themselves be constrained to one fairy-tale plot, instead taking us on a journey through all of Panto-Land. Not thrilled with her parents’ wedding plans for her, Sleeping Beauty ends up trying to track down a panto horse (who happens to be in the midst of an identity crisis) which has escaped from a prop factory run by the tyrannical capitalists the Brothers Grimm and their even more terrifying boss, Maleficent.

Accompanied by Prince Charming and the cheeky duo of dames Mother Hubbard and Widow Twankey, Sleeping Beauty encounters free-loving pirates, a Wise Old Man, and even Charming’s mates from Sixth Form in this hilarious tale.

The show had a fantastic ensemble who played a range of hilarious supporting characters. Eliz Avni, Clancy Peiris Jr., Lydia Clay-White, and Josh Bailey were very entertaining in their group scenes and really shone as the individual eccentrics encountered by the protagonists on their quest. Sleeping Beauty and Prince Charming were, appropriately, a charming pair played compellingly by Roya Gharbi and James Rodgers. 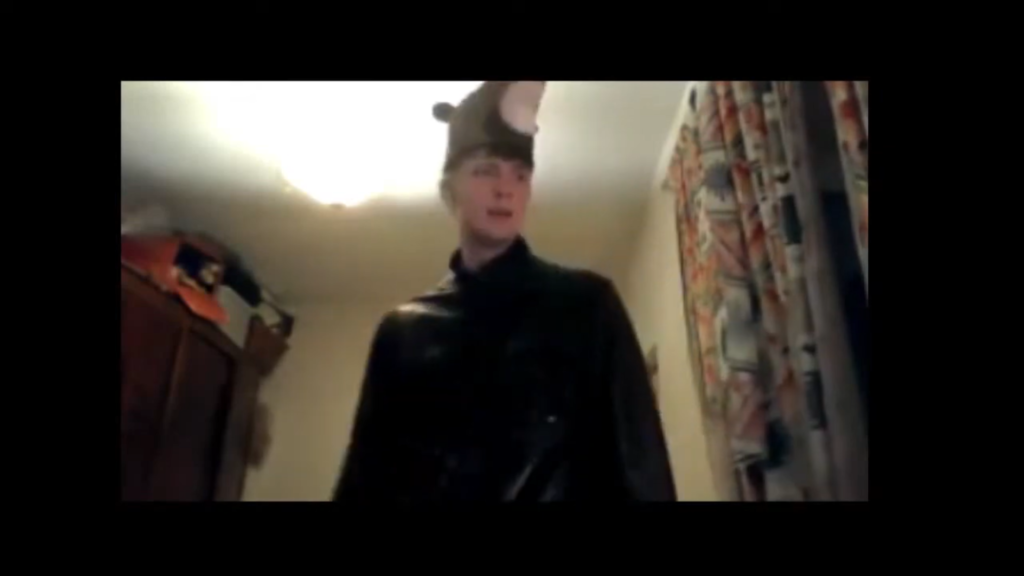 Dominic Carrington as the Panto Horse (Image credit: author’s own screenshot via YouTube)

A surprising show-stealer was the Panto Horse, played with gravitas and charm by Dominic Carrington. Carrington’s gorgeous singing voice made me really feel unexpected sympathy for this misunderstood theatre trope who just dreams of playing Hamlet.

Daniel Bishop as Mother Hubbard and Harriet Wilton as Widow Twankey were also favourites, comprising a hilarious double act who managed to create the feeling of an audience rapport despite the detachment of Zoom. I was particularly grateful for their narration and commentary, which made what might otherwise have been drearily static moments highly engaging.

I enjoyed William Batty and Katie Devey as the evil, avaricious Brothers Grimm and, though I felt Anna Pearson as Maleficent might have benefited more from an audience to rile up as her most malicious moments fell a little flat, the villains’ songs were some of the best in the show. Pearson in particular was a very impressive singer, and her spine-chilling evil laugh must be commended. 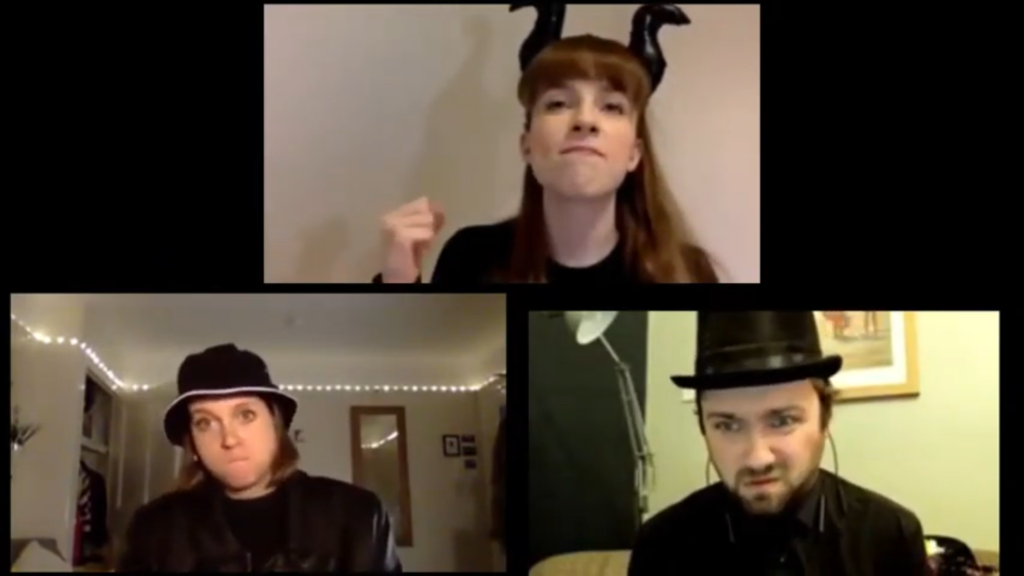 The villainous capitalists and their evil boss (Image credit: author’s own screenshot via YouTube)

The music, composed by Jonathan Whiting, was simply fantastic. To me, the best number was the delightful pirate song, but the Panto Horse’s ballad also deserves a special mention: it wouldn’t have felt out of place in Sondheim.

I thought the script was very clever, and loved how it seemed to be as much about pantomime as it was one. The joke about fairy-tale names was one of my favourite running gags: the titular heroine’s first name was Sleeping and she was from the Beauty family; likewise, Wise Old-Man’s parents, surnames Old and Man, opted for the double-barrelled approach. Much of the humour was topical, but I appreciated that the pandemic references were not laboured or overdone. Some jokes also drew attention to the more problematic elements of fairy-tales, such as misogyny and consent, and the plot took a surprising but not unwanted Marxist turn towards the end.

Director Una McKeown took amusing advantage of the online format. The use of Zoom…

Twist Bioscience to Provide Antibody Discovery, Optimization and Access to

‘This is my Olympics’, says Ben Dyer as Cambridge University celebrate 166th

Cambridge University ‘fortunate beyond measure’ to have Duke as…

Cambridge to commemorate Prince Philip, Duke of Edinburgh at service in Great St

Masterchef finalist who tested her recipes on Cambridge uni housemates

Prince Philip’s Cambridge connections and visits over the years

The Duke of Edinburgh’s ‘temporary caretaker’ role at Cambridge…