St Andrews principal suggests university should be allowed to join

The principal of the University of St Andrews, Professor Sally Mapstone, has suggested that St Andrews should be allowed to join the Oxford-Cambridge Boat Race.

Her remarks came after St Andrews, Scotland’s oldest seat of learning, relegated the University of Cambridge to third place in The Guardian University Guide for 2021 by their coming in second.

Professor Mapstone, who studied and taught at Oxford, and previously served as its Pro-Vice-Chancellor for Education, Personnel and Equality, said: “It’s interesting to break the Oxbridge duopoly. Obviously, that gives me a particular pleasure.”

When speaking to The Saint, a student newspaper at St Andrews, Professor Mapstone added: “I have thought about suggesting that they turn the boat race into a three-way competition in future.”

A spokesperson for the boat race said to The Times: “This is an interesting argument and I am going to ask our club representatives to respond as soon as possible.” 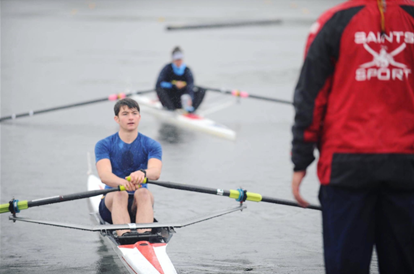 The University of St Andrews Boat Club in a regatta (Photo credit: Saints Rowing via Twitter)

For decades, Oxford and Cambridge have maintained the two top spots in every UK university league table. However, in 2020, St Andrews was named in second place in The Guardian University Guide, with Cambridge taking first place and Oxford third. In 2021, St Andrews remained in its second place spot, while Cambridge slipped to third and Oxford took first.

Speaking last September, Professor Mapstone said: “For a small Scottish university to be competing amongst the very best in the United Kingdom reflects our commitment to the highest standards of learning, teaching and student experience. This ranking is significant because it comes at a difficult period for students across the country who have experienced a year like no other, and are facing a very different university experience.”

When providing comment to The Times, a spokesperson for the University of St Andrews said the principal’s comments were intended to be light-hearted: “Professor Mapstone’s tongue was firmly in her cheek when asked about St Andrews’ recent successes in higher education league tables. We’re immensely proud of our boat club, and maybe one day we’ll match Oxbridge stroke for stroke on the water, perhaps in a rowing super league, but for now, our focus is to continue to stretch them in world-leading research, teaching and student experience.” 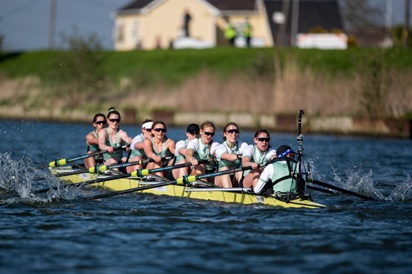 The University of St Andrews Boat Club was founded in 1962 and has become hugely successful, with both men’s and women’s teams qualifying to compete at the Henley Royal Regatta. Their website states: “Under the guidance of our director of rowing Jordan Stanley we have seen great competitive success in competitions and regattas throughout the UK.”

The men’s race between the University Boat Clubs of the University of Oxford and the University of Cambridge was first held in 1829 and has been held annually ever since, except for during the First and Second World Wars – although unofficial races were conducted – and during the coronavirus pandemic in 2020. The first women’s race was in 1927 and has been held annually since 1964, also with the exception of 2020. Since 2015, the women’s race has taken place on the same day and course, and since 2018, the two events have been referred to collectively as “The Boat Race.”

The Boat Race is usually held on the River Thames in London, with the exception of the 2021 Race, which was held instead on the River Great Ouse in Ely, due to Covid-related restrictions and repair work being conducted on Hammersmith Bridge. Both the Cambridge men’s and women’s teams rowed to victory this year.

Cricket bats should be made from bamboo not willow, Cambridge study finds

Workholding supplied ‘on a plate’ to Cambridge University

Catholic Schools Are Losing Students at Record Rates, and Hundreds Are…

International Nurses Day 2021 – supporting student nurses through the pandemic a